Pint-size Dreadnought edition of the Baby Taylor BT2 will yield a slightly darker, earthier tone than its spruce top sibling.

The Baby Taylor BT2 is the smallest acoustic made by Taylor, but it is not a toy guitar. The three-quarter-size Baby Taylor, with a solid mahogany top, makes a great-sounding traveling companion. It is an instrument in a class by itself and fits well for any player regardless of the player’s age or hand size.

The BT2 has a small-hand-friendly scale length of 22.75”. It is a very comfortable guitar to play if you are a six-foot man or if you are a teenage girl with very small hands.

It is a three-quarter scale dreadnought with a non-cutaway style, which yields a fuller, louder sound with more resonant acoustic tone. The body has a solid mahogany top with laminated Sapele back and unjointed sides. The back is slightly arched to deliver a bigger projection.

Sapele is a tonewood that is visually and tonally similar to dense mahogany, but it is both darker and harder. The harder wood gives the guitar a strong visual presence, as well as, more upper harmonic content and low-end clarity. Sapele works well for strumming and fingerpicking.

For the neck, Taylor sticks to real wood and uses solid Sapele for the neck with Genuine African ebony fingerboard with six-millimeter dot position inlays at the 5th, 7th, 9th, and 12th frets. The neck of the BT2 is attached to the body with two black screws. It isn’t as attractive as some would like. The benefit is that this joining technique has no neck heel which gives better access to the higher frets.

It has been mentioned that it seems a little head heavy because of such a small body, but it doesn’t seem to be annoying while playing. 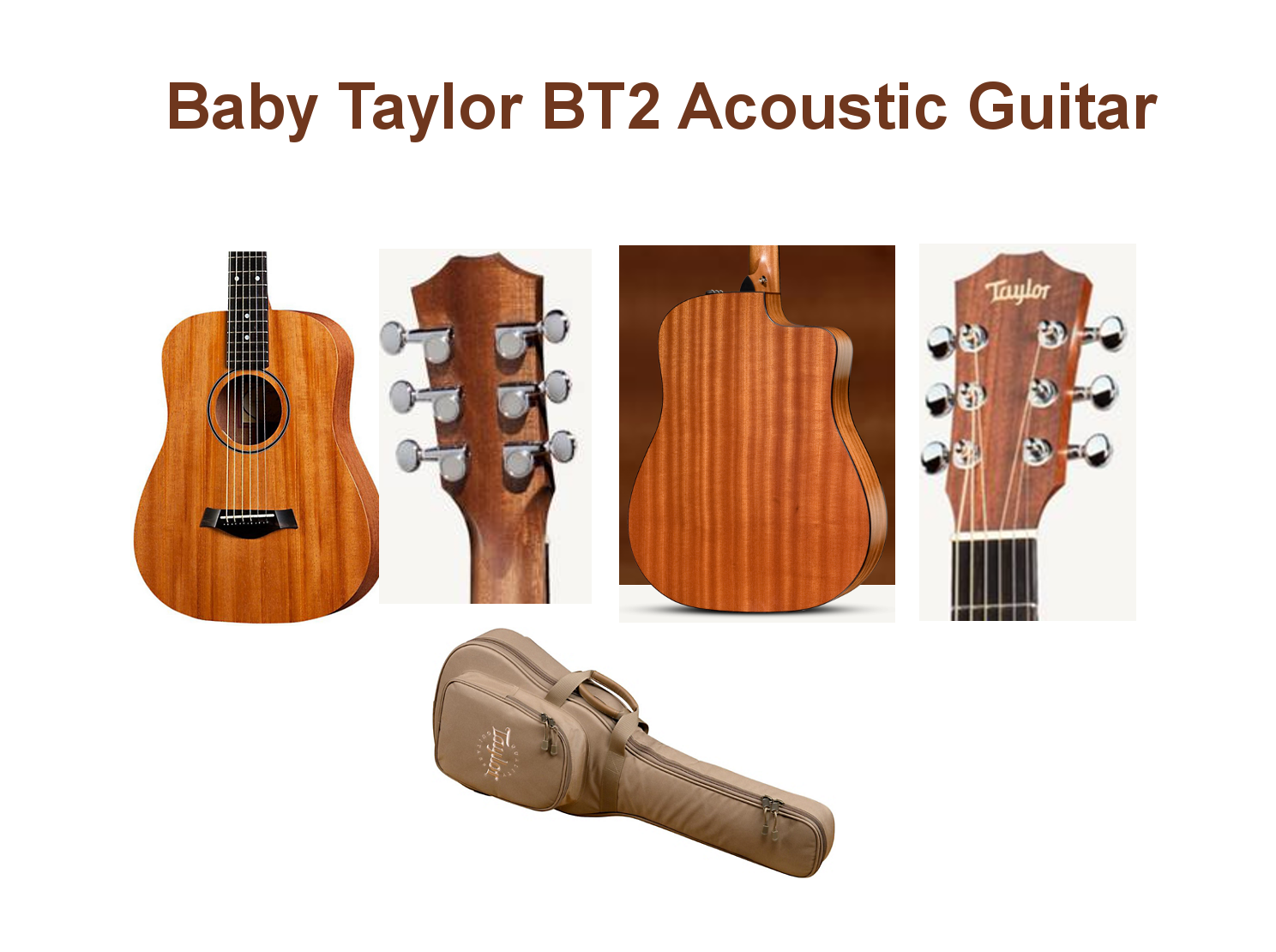 The BT2 is fitted with sealed chrome die-cast tuners, which are standard, yet attractive.  The tuners do a good job holding the tune in the Baby Taylor. The tuning appears to be very stable. The BT2-e is equipped with the Expression System Baby (ES-B) pickup which incorporates piezo design elements from the Taylor ES2. The pickup is powered by an onboard preamp with a built-in digital chromatic tuner. The preamp/tuner is equipped with an LED display for tuning and low battery indicator, along with Tone and Volume controls.

The bridge on the BT2 is built of rosewood instead of Richlite that is found in the Martin LX1, which also holds an ivory-colored NuBone saddle.

Because of the mahogany and Sapele, the Baby Taylor has a sweet, dark tone with plenty of bass. The X-braced tropical mahogany top adds an extra mid-range punch, which is often referred to as a “bluesy edge.”

The arched back in the BT2 seems to be responsible for the increased projection.

It’s not the loudest guitar because of the size, but it is great for practice, by the campfire or jamming with other guitars, although, it is remarkably versatile whether playing in alternate tunings or high-strung, with a capo or a slide.

The BT2 is only 12 ½ inches at its widest point, a slender 3 3/8 inches deep, and just 8 pounds. Straight out of the box, the BT2 comes with a nice heavily padded gig bag that fits over the guitar like a glove and an accompanying neck strap for easy carrying on your next vacation or any spur-of-the-moment gig. 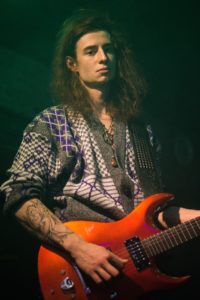 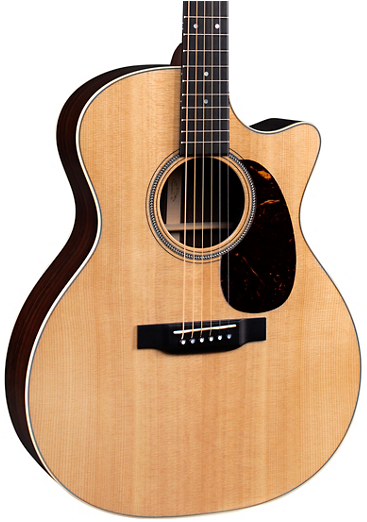 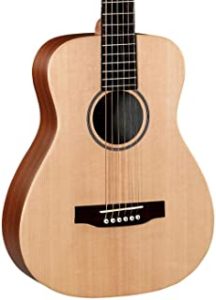